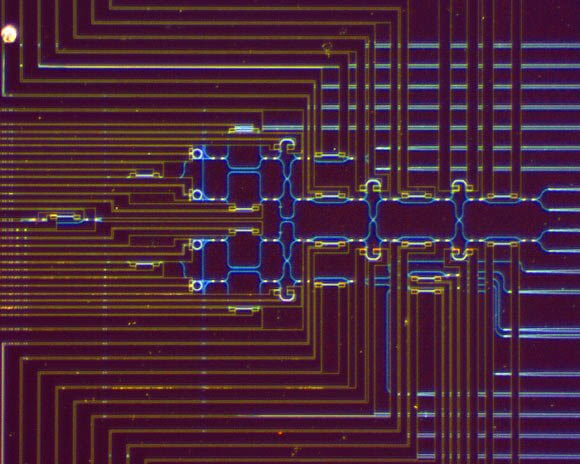 For the first time ever, a research team led by physicists at the University of Bristol has now demonstrated quantum teleportation of information between two micrometer-scale silicon chips. Instead of relying on the flow of electrons for data transfer (as occurs in a typical computer), information was passed between the two computer chips using a quantum effect known as entanglement. In entanglement, the state of one particle is inextricably tied to the state of the other. Measuring one particle, in turn, immediately reveals information about the other.

In this way, entanglement has now proved an effective method teleporting, or transmitting, data between devices without a physical electronic connection. And while still relegated to a controlled lab environment, the research team ultimately achieved high-fidelity quantum teleportation of 91 percent.

While still a poorly understood phenomenon, quantum entanglement shows promising and highly consequential applications for the future of computing. As explained by Beijing University scientist and one of the study’s authors, Dr. Jianwei Wang, “In the future, a single silicon-chip integration of quantum photonic devices and classical electronic controls will open the door for fully chip-based CMOS-compatible quantum communication and information processing networks.”

In effect, these early demonstrations of quantum entanglement’s utility will soon pave the way for a new generation of chips, processors, and networks, not to mention extraordinarily powerful computers.