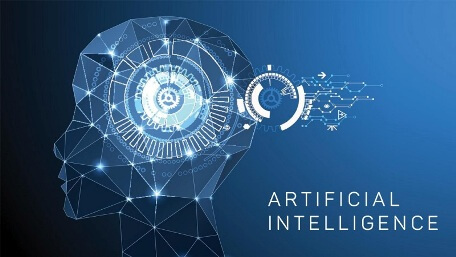 “Hey Google, how’s my health this morning?” “One moment,” says your digital assistant. It takes thirty seconds for the full diagnostic to run, as the system deploys dozens of sensors capturing gigabytes of data. Smart sensors in toothbrush and toilet, wearables in bedding and clothing, implantables inside your body—a mobile health suite with a 360-degree view of your system. “Your microbiome looks perfect,” Google tells you. “Also, blood glucose levels are good, vitamin levels fine, but an increased core temperature and IgE levels…” “Google—in plain English?” “You’ve got a virus.” “A what?” “I ran through your last forty-eight hours of meetings. It seems like you picked it up Monday, at Jonah’s birthday party. I’d like to run additional diagnostics. Would you mind using the….?”

As the Internet of Things catapults to new heights, Google is developing a full range of internal and external sensors, monitoring everything from blood sugar to blood chemistry. The list of once multi-million dollar medical machines now being dematerialized, demonetized, democratized and delocalized—that is, made into portable and even wearable sensors—could fill a textbook.

We are in the middle of a sensor revolution. The street name for this uprising is the “Internet of Things,” the huge mesh network of interconnected smart devices that will soon span the globe. And it’s worth tracing the evolution of this revolution to understand how far we’ve come. In 1989, John Romkey, one of the inventors of the transmission control protocol (TCP/IP), connected a Sunbeam toaster to the internet, making it the very first IoT device.

Ten years later, sociologist Neil Gross saw the writing on the wall and made a now famous prediction in the pages of Business Week: “In the next century, planet Earth will don an electric skin. It will use the Internet as a scaffold to support and transmit its sensations […] These will monitor cities and endangered species, the atmosphere, our ships, highways and fleets of trucks, our conversations, our bodies—even our dreams.” A decade later in 2009, Gross’ prediction bore out: the number of devices connected to the Internet exceeded the number of people on the planet (12.5 billion devices, 6.8 billion people, or 1.84 connected devices per person). A year later, driven primarily by the evolution of smart phones, sensor prices began to plummet. By 2015, all this progress added up to 15 billion connected devices, with researchers at Stanford predicting 50 billion by 2020.

Within a decade, we will live in a world where just about anything that can be measured will be measured— all the time. It will not be your knowledge that matters, but rather the questions you ask. It’s a world of radical transparency, where privacy concerns will take on a whole new meaning.

As most of these devices contain multiple sensors—the average smart phone has about twenty—this also explains why 2020 marks the debut of what’s been called “our trillion sensor world.” Nor will we stop there. By 2030, those same Stanford researchers estimate 500 billion connected devices. And according to Accenture, this translates into a US$14.2 trillion economy. Hidden behind these numbers is exactly what Gross had in mind—an electric skin that registers just about every sensation on the planet. Consider optical sensors. The first digital camera, built in 1976 by Kodak engineer Steven Sasson, was the size of a toaster oven, took twelve black-and-white images, and cost over ten thousand dollars. Today, the average camera that accompanies your smartphone shows a thousand-fold improvement in weight, cost, and resolution. And these cameras are everywhere: in cars, drones, phones, satellites— with uncanny image resolution to boot. Already, satellites photograph the Earth down to the half-meter range. Drones shrink that to a centimeter. And the LIDAR sensors atop autonomous cars are on track to capture just about everything—gathering 1.3 million data points per second, and registering change down to the single photon level.