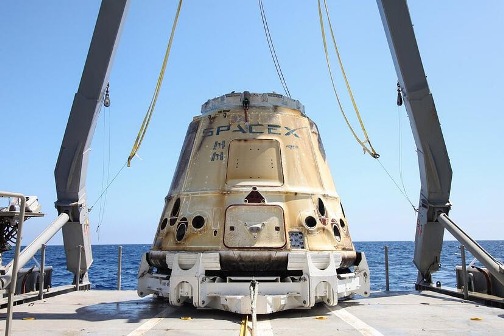 SpaceX has just completed its 19th commercial resupply mission to the International Space Station (ISS). The Dragon capsule, laden with about 5,700 pounds of supplies and experiments, splashed down in the Pacific Ocean early Tuesday morning.

The Dragon launched for CRS-19 on December 5, and attached to the Space Station on December 8. It spent around a month docked at the ISS, while astronauts unloaded its contents, including around 5,700 lbs of supplies and experiments. Dragon returned with ample cargo, as well, including scientific investigations that will be studied by researchers here on Earth, continuing the orbital experimentation work of the astronauts on board the Station.

Among these experiments were the study of microgravity’s effect on living organisms (using tiny aquatic animals known as “rotifers” and mice) and the pursuit of a solution for tackling astronaut radiation exposure on long-term space missions.

These commercial resupply missions (CRS) are a cornerstone of NASA’s partnership with the private launch industry. SpaceX would not be where it is today without the support and revenue generated through these CRS contracts. On NASA’s end, the agency gets continued access to microgravity environments on the space station. Yet aboard the ISS, hundreds of experiments are often conducted at any given time, paving the way for novel technology applications both on Earth and in the far reaches of space.